Counterpoint’s May in Aviation

You are here: Home \ Uncategorised \ Counterpoint’s May in Aviation 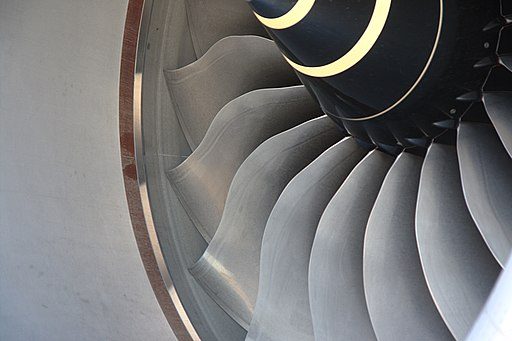 Boeing’s 737 MAX continues to find itself fixed at the top of the aviation media news items, and it is undoubtedly having big effects on many airlines and of course Boeing itself. Icelandair has cited 737 MAX issues for the redundancy of 24 pilots and the cancellation of recruitment for a further 21 pilots, whereas other airlines, such as LOT, have not ruled out cancellations of existing 737 MAX orders. Another, Malaysian Airlines, which has yet to receive its first aircraft, is reportedly reviewing its order of 25 MAX aircraft. Later reports suggest however that the decision hinges solely on the safety of the MAX going forward. Other airlines are more optimistic, and one example, QANTAS, is said to be considering an order for the type.

In the meantime, Boeing is continuing to support its airline customers and compensating them for the loss to operations is underway. Reports suggest that Boeing is tailoring compensation packages around customers’ preference, with cash or the option of services provision. The latter fits the strategy of continuing to bring services in-house and within the Boeing network that overtime could reduce the impact of the 737 MAX issues.

The issue of when and how the 737 MAX returns to service is still highly uncertain.  For instance, we have seen IATA comment that the MAX is unlikely to return to service before August 2019, and reports of discussions between operator SpiceJet and Boeing suggest the MAX will be back in the skies during July. Contrastingly one airline CEO has suggested that the aircraft would struggle to be back in-service before the end of 2019 because of a communication breakdown between the FAA and other national regulators. More positively though, airlines such as Alaskan, American and Turkish, have made tentative return to service schedules for 737 MAX.

In terms of the effect on Boeing, it seems that for now Boeing is financially strong enough to take the cash flow hit but is also putting on hold any NMA discussions for the time being.

The really interesting issue in our view is whether all this will have any long-term effects on Boeing and the MAX programme. Precedent would say not – these sorts of issues with aircraft are not that unusual and things will move on and the MAX will go on to be a very successful programme.

However, we think that there are two reasons to believe that this might not be the case;

We think that this has brought an all-new 737 replacement closer. Of course, the NMA is partly targeted at the A321neo, but we remain sceptical about ‘the twin aisle with single aisle operating costs’. We conjecture that the NMA might now turn out to be a sonic cruiser-like trojan horse for an all-new Boeing single aisle but optimised as an A321neo competitor. This could leave Boeing the option of still competing in the medium term at the lower end of the single aisle market with the MAX-8 and -7, and the E195-E2, which might get around the issues associated with ending the MAX programme early.

In a market with increasing shares of leased aircraft, coupled with a number of ageing aircraft programs and new market entrants, it is important that to ensure maturing aircraft types remain in active service, and reach their full economic useful life, enabling the capacity to maintain the aircraft is available, and the relative cost of performing maintenance is adaptable so that continued operations can be profitable.

Given our interest in markets with considerable aftermarket activity, and aftermarket expenditure being partially driven by the complexity of operator transitions in the leasing market, some of the challenges at present are good talking points. Whilst Aircraft Lessors continue to finance increasing numbers of new aircraft, their strategies for some ageing or lease return aircraft can be quite different. Describing this, some Aircraft Lessors are actively looking to dispose of aircraft, notably ageing widebody types, before lease-end, and if not, at lease-end. Constraints to transition such aircraft to another lessee include the cost to likely refurbish a cabin, compound maintenance checks between years 18 to 22 in the aircraft life, and thereafter, reaping the reward of such investments with a desirable next lease-term, lease rate and maintenance reserve structure. For the lessor, it is problematic to build a business case, and instead, selling the aircraft to an airline, a mid-life/mature aircraft lessor specialist, or even for part-out is more attractive. A trend, it is certainly true that some lessors are removing the burden of some widebody aircraft from their portfolios.

Cabin refurbishment can be a costly and timely event. The trend has been that more bespoke and sophisticated cabins are going to be more costly and time consuming to replace/refurbish, whilst more standardised and neutral cabins can be cheaper and more efficiently returned to revenue operation. Additional costs can be incurred if an aircraft is transitioning from one airline to another, and if a bespoke cabin is required, then aircraft downtime can reach nine or more months. There are some success stories if the aircraft product is standardised from the point of delivery though. One of those is the 737NG for which owners have been able to transition aircraft to new operators with cabin alterations totalling approximately US$1m. In the widebody market, there is often a hefty price tag attached to the cost of cabin refits. Like the 737NG, because of original delivery specifications and cabin configuration, A330-200 aircraft have been a relatively cheap option to transition in the marketplace. The latter two examples show a reduced financial burden to owners, particularly for ageing aircraft.

With the recent release of our Aerostructures 2019 report, Counterpoint are working on some complementary aircraft door statistics. We hope to have this as an inclusion into the report soon. Further, Richard and Kane are preparing for the Paris Air Show at Le Bourget Airport in just under one and a half weeks. Please see details on our attendance date below as we presently have time slots available for further meetings.

As alluded to above, May marked the release of our Aerostructures 2019 report. The report offers greater coverage of those active suppliers in the sector, whilst also including the latest trends and expectations heading into 2019. Please visit the Reports section of our website for further details.

Rolls-Royce is set to promptly encourage further third-party activity in its Trent engine MRO network as initially, Trent 700 engines require increased shop visits in the coming years. Building on recent successes with MROs such as TS&S (Rolls-Royce Trent 700) and Delta TechOps (Rolls-Royce Trent XWB), this move is strengthening Rolls-Royce’s position removing capacity constraints in-house and allowing for greater competition in the market to secure engine maintenance services. This is also another example of Rolls-Royce opening its services network to third parties as competitors have arguably made concerted attempts to bring more services in-house. Royce-Royce is seeking a quick resolution to this third-party service solution.

Rolls-Royce Trent 1000 issues continue to ease as Rolls-Royce is currently incorporating durability improvements fleet wide from the earliest Package B to latest TEN engines. There are now certified part replacements in place for all existing issues and there is a reducing number of AOG events, something Rolls are estimating at single-digit AOG from late-2019. This improvement is boosted by the availability and therefore improved use of the spare engine fleet used to reduce aircraft downtime. Impressively, IPC Blade replacement can be done in-hangar, and can be passed with a high-power ground run.

Fleet wide component replacements for all durability improvements are expected to be complete by 2021.