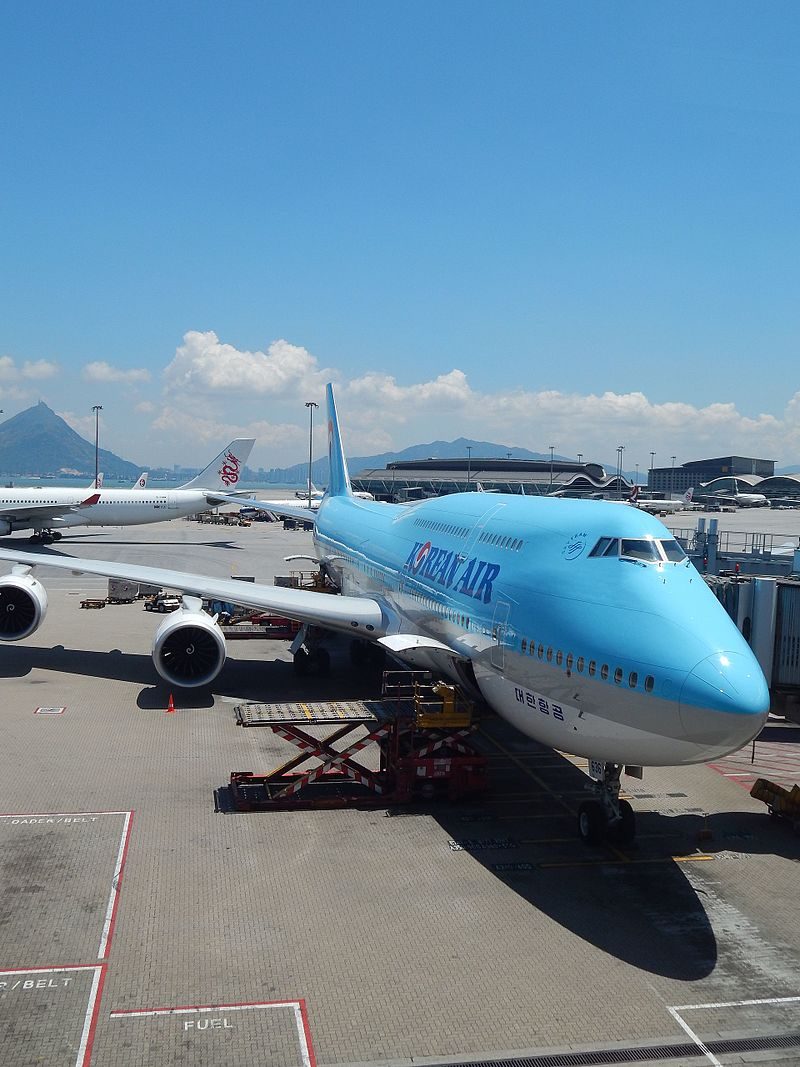 As Counterpoint are releasing its annual Aerospace Interiors report in the upcoming weeks, we thought we would share our latest thoughts on the Very Large Commercial Aircraft segment.

By Very Large Aircraft, we mean Airbus’ A380 and Boeing’s 747-8i, and the prospects relate to speculation over their continuing operations over a period of lease ends, production end, airline fleet restructuring, continued questions on the economics of operations of four-engined aircraft, and upcoming heavy maintenance. Below we will consider some other factors too.

Out of the two, we believe that the prospects for extended A380 operations are greater, driven by aircraft demographics such as the fleet size and operator spread. Of the 15 operators, five have made historic or reported future decisions that will mean a move away from the A380 aircraft.

Whilst other A380 operators have no such retirement or exit plans to speak of, some have indicated that they will likely remain committed to A380 operations for the foreseeable future.

The remaining operators have been muter on their plans, but this is to be expected given that the age of the aircraft have yet to pass 10 years of age.

The chart below shows our predictions of A380 fleet exits and the on-going fleet size out to 2030. 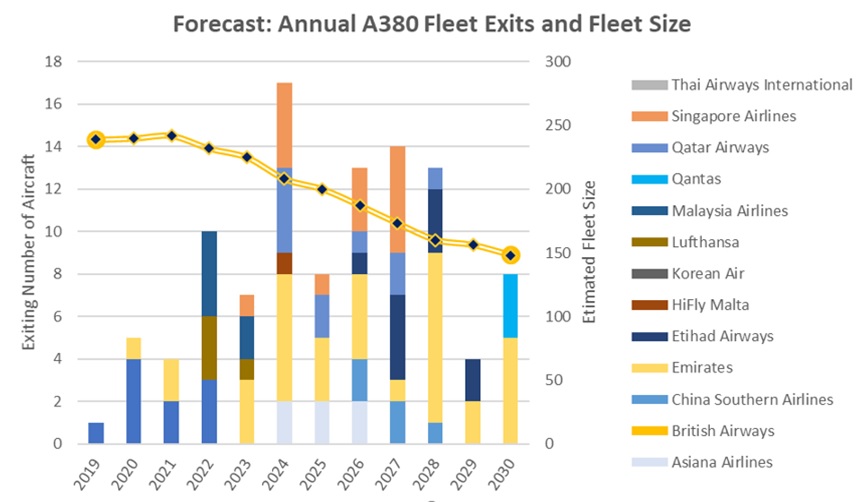 Boeing 747-8i fleet prospects did look rather poor, especially considering that lead operator Lufthansa had loose plans to exit its entire 747-8i fleet at the same times they were entering the fleet. However, this could have changed in 2019 as we will see. Even so, there are only three passenger operators, with a total fleet size of 36 and no outstanding backlog.

There will undoubtedly be more early retirements of A380 aircraft, but a significant fleet size will remain as we get to the middle of the next decade and likely beyond. We predict between 50 – 60 retirements or fleet exits of A380 aircraft up to and including 2025. Whilst 747-8i operations are very narrow amongst operators, aircraft will likely remain without serious fleet plans until the mid-2020s, and it is entirely possible that there will be a level of interior retrofit, albeit across 37 aircraft. Do not be surprised if Lufthansa announces exit plans for both 747-8i aircraft and remaining A380s though, although this should not be imminent, both in terms of announcement, retirement dates, and considering that it has just converted 14 of its 34 777-9 orders to options.