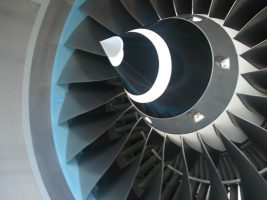 The IAE V2500-A5 is one of the most successful and populous aero-engine programmes. Despite known and perhaps unknown changes in terms of its operating demographic, like many aircraft and engine pairings at present, we observe market instances to remain optimistic.

When airlines can offer normalised ASKs, and their aircraft are operating hours and cycles commensurate with their design life, the requirement for engine shop visits will return. For the V2500-A5, which had been exhibiting year-on-year growth in shop visits, a short-term reduction may be welcome, before a continuation of what was seen before.

Bottlenecks have been a feature of the V2500-A5 MRO network in recent years with the major drawback for customers being extended MRO turnaround times – shop visit induction to exit. Some facets of this are due to programme accolades such as better than anticipated engine on-wing reliability meaning that first shop visits have been delayed and clustered; fewer than expected retirements that have meant reduced engine teardowns and as a result access to used serviceable material for consumption in the engine shops; the continued success of the A320, and for the V2500-A5, notably, the A321ceo helped gain share but the extended production run and simultaneous aftermarket component demands put pressure on the supply chain; and finally, Pratt & Whitney’s focus on the PW1000G family and its entry into service issues further required undivided attention. Striking a balance has been difficult, something that competing CFM has been more proactive with historically, despite there being other shared challenges.

The answer is surely capacity, both at the OEM, and within a third-party network. We have observed several developments of late that indicate Pratt & Whitney and IAE’s strategy to avoid future bottlenecks. We note the following as being important to a more robust V2500-A5 engine MRO aftermarket service following Covid-19.

While certain engine MROs have had capability previous, expanding capabilities and greater access to the market ultimately benefits both Pratt & Whitney/IAE, independents and partners, and the end-user.